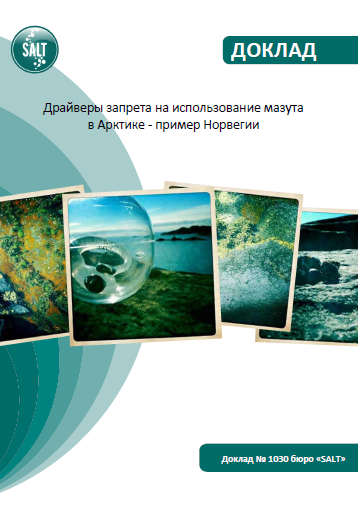 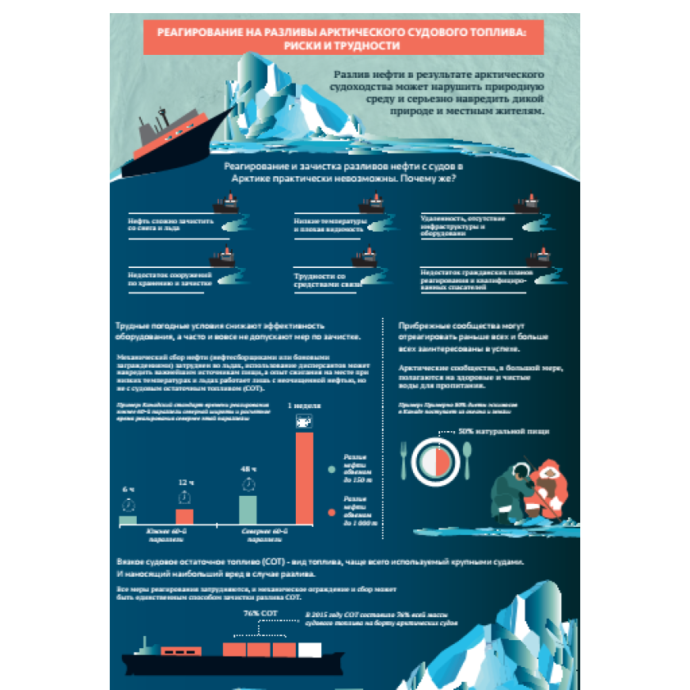 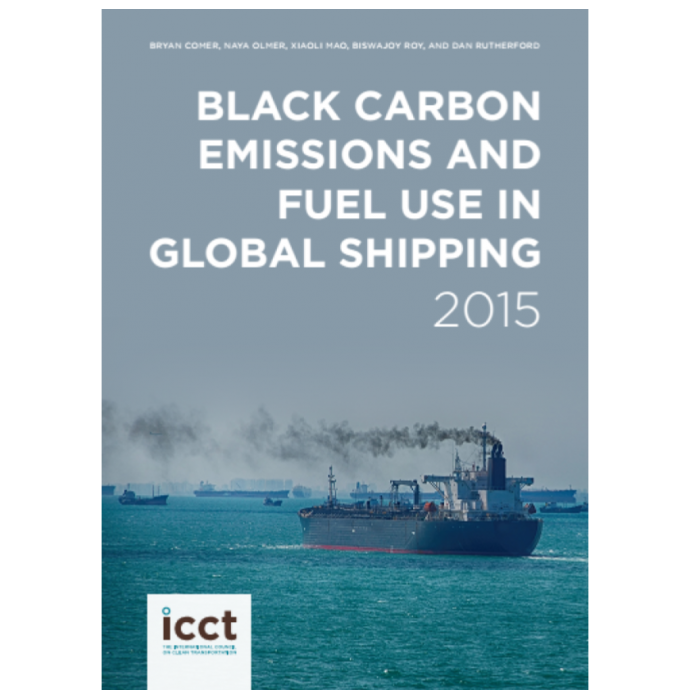 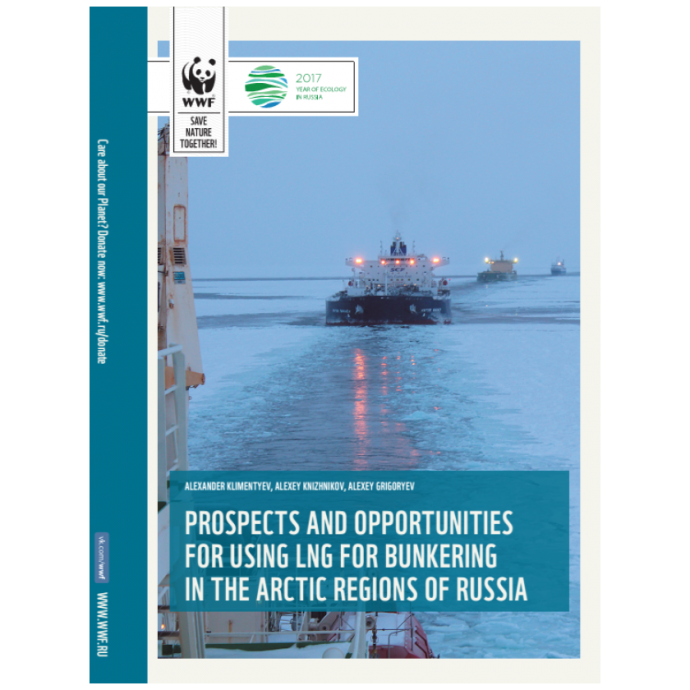 The Arctic region of Russia is considered to be one of the key economic areas and can open up a crucial transit route, connecting Europe and Asia.
A unique feature of this route is that there is a possibility to set up LNG bunkering facilities along almost the entire length of it, using natural gas from on- and offshore deposits.
This report presents data, facts and arguments for wide LNG implementation in Russian Arctic.

2017, the Russian Year of Ecology, has created an opportunity to attract public attention and take practical steps away from dependence on heavy fuel oil (HFO) for shipping, and to expand the use of liquefied natural gas (LNG) use as marine fuel. This infographic shows the advantages of moving away from residual fuels to alternative fuels, with an emphasis on LNG, to deliver on international regulations and requirements that ships use cleaner fuels and new technologies in order to reduce emissions to the atmosphere. 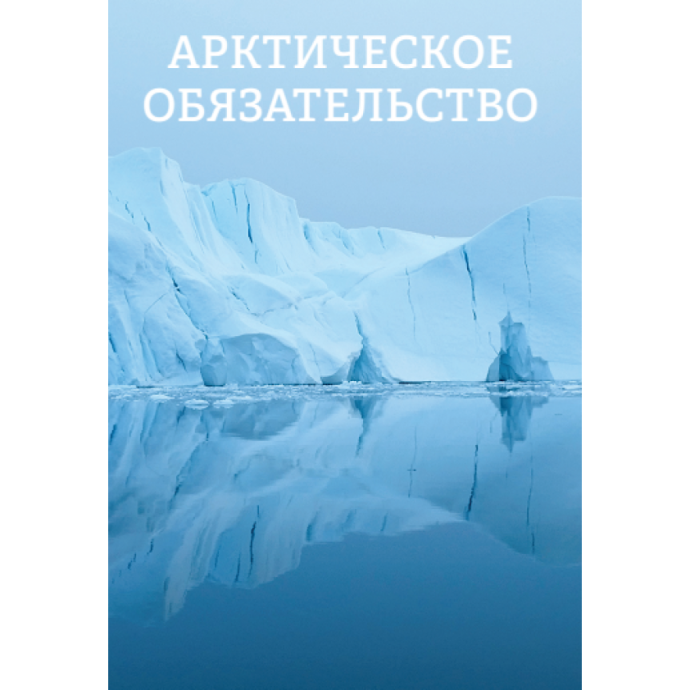 Launched in January 2017 by the Clean Arctic Alliance and cruise ship operator Hurtigruten, this leaflet explains the aims of the Arctic Commitment which are to encourage stakeholders to urge the IMO to phase out HFO use in Arctic shipping and urge shipping companies in the Arctic to switch from the use of HFO to cleaner fuels. 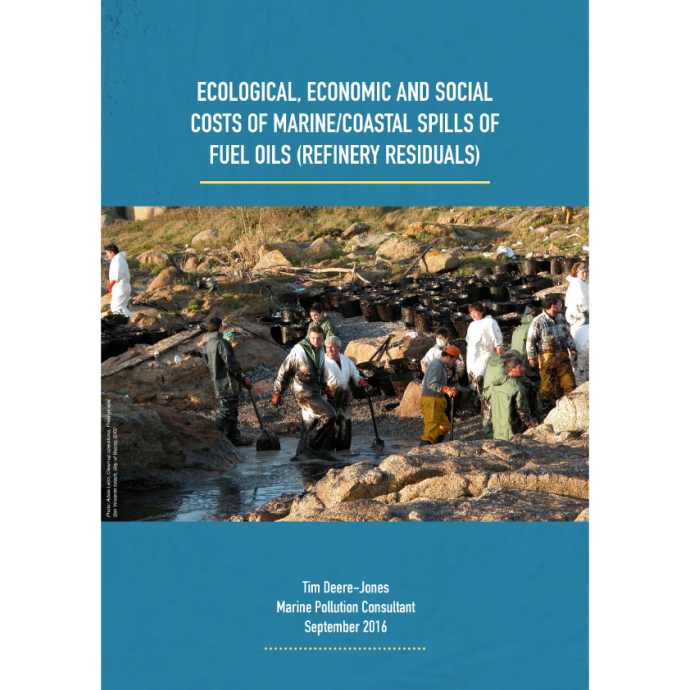 A report by Tim Deere-Jones

The growing demands for shorter, quicker and less expensive sea routes around the northern hemisphere coupled with Arctic warming is generating a significant increase in vessel traffic through Arctic waters. This report offers a brief review of the behaviour and fate of both heavy fuel oil (HFO) and medium fuel oil (MFO) spills in polar, sub-polar and similar cold water marine environments. It also offers a brief review of the impacts of such spills and the relative “costing” of some of the impact parameters of such spills.