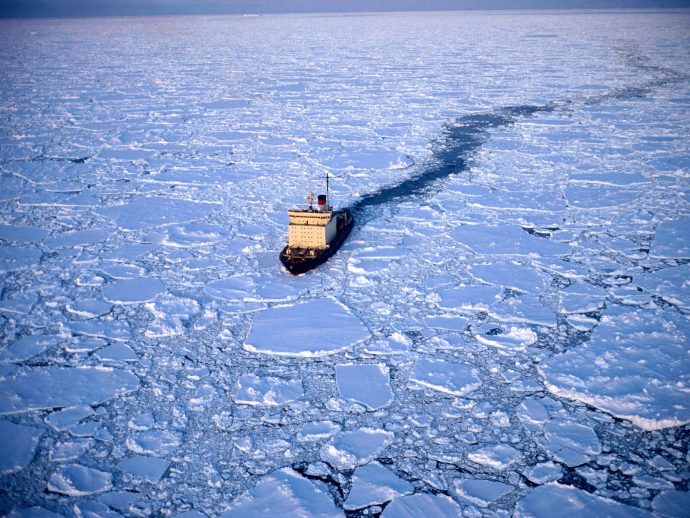 London, October 28 2016: As the International Maritime Organization’s Marine Environment Protection Committee (MEPC70) meeting came to a close today [1], the Clean Arctic Alliance welcomed the progress made by member countries towards a phase out of the use of heavy fuel oil (HFO) by vessels operating in the Arctic.

“By recognising the threats posed by spills and black carbon emissions from heavy fuel oil, the IMO today took a massive step towards the phase out of this dirty fuel from ships sailing in Arctic waters [2]. Getting HFO out of the Arctic will protect the environment and human health, and protect coastal communities and food security”, said Clean Arctic Alliance advisor Dr Sian Prior. “IMO member countries must now capitalise on this momentum, by bringing forward concrete proposals in time for the May 2017 MEPC meeting, both to ensure the end of the HFO era, and that the shipping industry starts transitioning towards cleaner fuels, as it expands its operations in the Arctic’s fragile and sensitive environment”.

Heavy fuel oil (HFO) is a toxic, tar-like sludge that breaks down extremely slowly in cold Arctic waters and is close to impossible to clean up in the event of a spill. While HFO powers 44% of the ships currently operating in the Arctic, it accounts for more than 75% of the fuel onboard those ships, according to ICCT figures [3].

After three papers on HFO, and one on Arctic food security were presented on Friday, several Arctic countries, and in an unusual move, the IMO Secretary-General Kitack Lim, stated that they shared the concerns stated in the papers and on the need for further consideration of the risks. The IMO will need to add new work on the regulation of HFO to its programme, and set a deadline for completion of this work, in order to phase out Arctic HFO by 2020.

“Yesterday’s IMO decision to cut sulphur content in shipping fuels to 0.5% by 2020 was also crucial, as it will reduce the volume of HFO used by Arctic shipping”, continued Prior. “However, the reduction will not eliminate the use of HFO in the Arctic, and a phase out remains the most desirable way forward” [4][5].

“By ending HFO use in Arctic shipping, the IMO would not only limit the risks of an HFO spill, but also ensure a reduction of harmful C02 and black carbon emissions in the Arctic region,” said Prior. “The shipping industry must move towards fossil-fuel free shipping – this means phasing out HFO, and replacing it with cleaner, more efficient fuels – for example so-called transition fuels, like LNG or lighter distillate fuels”.

Heavy fuel oil is already banned throughout Antarctica, and in the national park waters around the Norwegian Arctic archipelago of Svalbard, leaving only a strictly regulated corridor for ships to access the islands.

In September 2016, the United States and Canada formally notified the International Maritime Organization that a “heavy fuel oil spill in the Arctic could cause long-term damage to the environment” [6]. This follows March 2016 commitments made by U.S. President Obama and Canadian Prime Minister Trudeau to “determine with Arctic partners how best to address the risks posed by heavy fuel oil use and black carbon emissions from Arctic shipping” [7]. Also in September, the Danish political party Venstre, the Danish Shipowner’s Association [8], and an Arctic cruise sector leader Hurtigruten [9] called for regulating or banning the use of HFO in the Arctic.

On Wednesday 26th October, a panel of Arctic indigenous speakers from Russia, the United States, and Canada addressed the IMO, which is currently not advised by an indigenous delegation when setting shipping policy. The Arctic delegation, which included Eduard Zdor of the Association of Traditional Marine Mammal Hunters of Chukotka, Hans Lennie of the Inuvik Hunters and Trappers Committee and the Inuvialuit Game Council, and Tagak Curley, considered one of the Fathers of Nunavut, met with Secretary-General Kitack Lim to discuss a wide-range of issues including climate change and the increase in number of ships operating in Arctic waters” [10] [11].

[2] In addition to the risks from spills, the burning of heavy fuel oil by ships emits significant quantities of black carbon, potent in accelerating the already rapid pace of Arctic climate change. In the Arctic atmosphere, black carbon absorbs heat from the sun and reflected heat from the snow and ice doubling the warming impact when it settles on the snow and ice surfaces. When black carbon falls on the light-coloured surfaces, it reduces the amount of sunlight reflected back into space, accelerating snow and ice melt. This increases the surface area of exposed, dark ocean water, and promotes a self-reinforcing cycle of land and sea ice melting and climate warming.

“The sulphur limit for marine heavy fuel oil is 3,500 times higher than the limit for diesel used in Europe’s cars and trucks, making the shipping industry by far the world’s biggest emitter of SO2. This will reduce SO2 emissions – which cause premature deaths from diseases such as lung cancer and heart disease – from shipping by 85% compared with today’s levels.”
https://www.transportenvironment.org/press/
imo-decision-confirming-2020-date-cut-ship-sulphur-emissions-applauded-ngos

[5] Some shipowners will achieve a cut in sulphur content by continuing to use HFO in conjunction with scrubbers; others will likely move towards blends of HFO and lighter (lower sulphur content fuels), while some will move away from HFO entirely.

At this time, it is not known which of these choices will be taken by ship operators; with an increase in the numbers of vessels sailing the Arctic between now and 2020, it can be surmised that HFO volumes in Arctic waters will be reduced but not eliminated.

[10] Get heavy fuel oil out of the Arctic, say environmental, Indigenous reps
“The International Maritime Organization must begin the immediate phase-out of heavy fuel oils from Arctic waters”
http://www.nunatsiaqonline.ca/stories/article/
65674get_heavy_fuel_oil_out_of_arctic_environmental_indigenous_reps_urge/