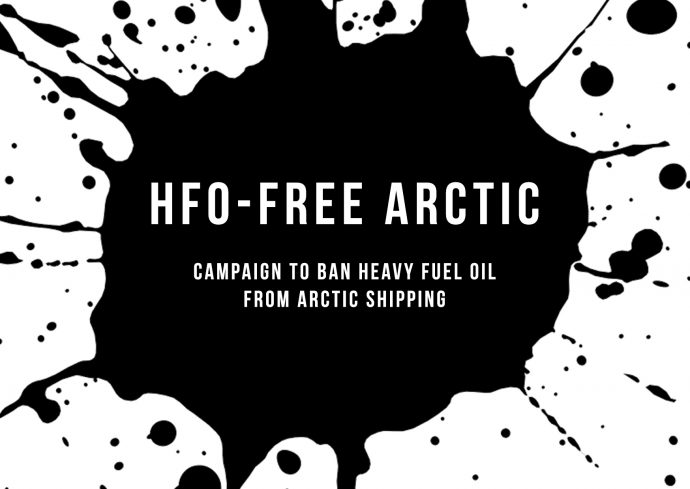 Washington D.C., December 21, 2016:- Responding to the December 20th joint statement  from the United States and Canada, regarding development of a strategy to phase out their use of heavy fuel oil (HFO) from vessels operating in the Arctic, the Clean Arctic Alliance praised both Arctic nations for their ambitious action to rid the region of the dirtiest marine fuel.

“The Clean Arctic Alliance applauds the commitment of President Obama and Prime Minister Trudeau to develop a concrete proposal to phase down HFO use in the Arctic”, said Clean Arctic Alliance advisor Dr Sian Prior. “With ship traffic in the Arctic expected to grow dramatically as Arctic sea ice continues to decline, this announcement demonstrates real regional leadership towards protecting the Arctic from future harm.”

The US and Canada have also agreed to propose a plan for the next meeting of the International Maritime Organization’s Marine Environment Protection Committee (MEPC 71, July 2017) in order to implement the work necessary for a phase out.

“HFO is the dirtiest fuel available to the shipping industry, and poses threats from spills and black carbon emissions that are too great to ignore”, continued Prior. “For the sake of the marine environment and the coastal communities and wildlife that depend upon it, it is clear that Arctic shipping cannot continue relying on HFO as fuel. The Clean Arctic Alliance calls on other IMO member countries to support the initiative taken by the US and Canada, so that the Arctic becomes HFO free”.

Heavy fuel oil (HFO) is a viscous, tar-like sludge that breaks down extremely slowly in cold Arctic waters and is close to impossible to clean up in the event of a spill [1]. Currently HFO powers 44% of the ships currently operating in the Arctic, but it accounts for more than 75% of the fuel onboard Arctic ships, according to ICCT figures [2].

The December 20th announcement builds on past statements made by the United States and Canada. In September 2016 at MEPC 70, the two nations formally notified the International Maritime Organization that a “heavy fuel oil spill in the Arctic could cause long-term damage to the environment” [3][4]. Several Arctic countries, as well as IMO Secretary-General Kitack Lim, stated their concerns regarding HFO and on the need for further consideration of the risks involved [5].

Industry groups including the Arctic Expedition Cruise Operators (AECO) and the Danish Shipowners Association, along with cruise company Hurtigruten and Finnish icebreakers Arctia have also expressed their support for a ban on the use of HFO in the Arctic [6].

Heavy fuel oil is already banned throughout Antarctica, and in the national park waters around the Norwegian Arctic archipelago of Svalbard.

“… the U.S. Coast Guard, in consultation with industry, Indigenous communities, and the State of Alaska, has begun a strategy to phase down the use of Heavy Fuel Oil (HFO) in the Arctic. Transport Canada is conducting similar outreach and consultations to develop proposals into 2017 on phase down of use of HFO. The United States and Canada will each, or jointly, propose a plan for consideration at the International Maritime Organization’s summer 2017 meeting. “

[1] In addition to the risks from spills, the burning of heavy fuel oil by ships emits significant quantities of black carbon, potent in accelerating the already rapid pace of Arctic climate change. In the Arctic atmosphere, black carbon absorbs heat from the sun and reflected heat from the snow and ice doubling the warming impact when it settles on the snow and ice surfaces. When black carbon falls on the light-coloured surfaces, it reduces the amount of sunlight reflected back into space, accelerating snow and ice melt. This increases the surface area of exposed, dark ocean water, and promotes a self-reinforcing cycle of land and sea ice melting and climate warming.

“Arctia supports the proposed ban on the use of heavy fuel oil in the Arctic” – Tero Vauraste, President and CEO of Arctia Ltd.
http://arctia.fi/en/2016/10/31/next-generation-icebreaker-polaris-ready-for-action/