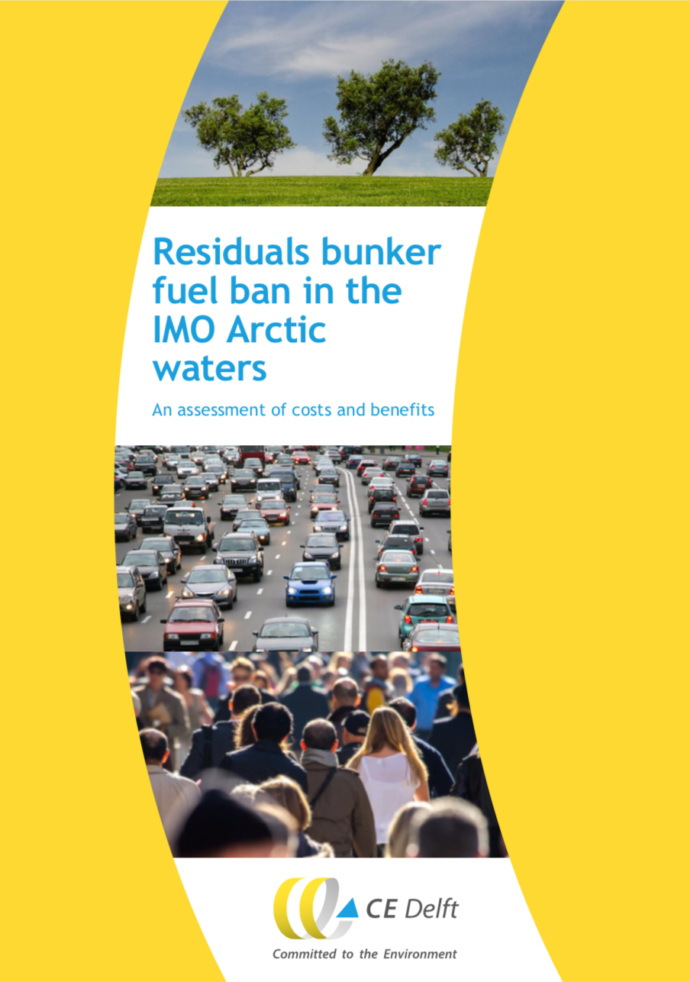 CE Delft: Residuals bunker fuel ban in the IMO Arctic waters: An assessment of costs and benefits by Dagmar Nelissen

The IMO has agreed to start working on the development of a ban on the use and carriage of heavy fuel oil (HFO) as fuel by ships in Arctic waters. Such a ban would not prohibit the carriage of heavy grade oil in bulk as cargo, but would require ships sailing in the Arctic waters to use and carry non-HFO bunker fuels only. This would lead to a reduction of black carbon emissions and reduce costs and damages in case of an oil spill, but also impose additional costs on ship owners/operators that otherwise would have used and/or carried HFO bunkers or blends thereof for on-board combustion purposes.

The study is complementary to CE Delft’s 2018 assessment of the costs and benefits of a Residuals bunker fuel ban in the IMO Arctic waters and analyses for a Russian trade flow the potential impacts of a ban on the use and carriage of heavy fuel oil (HFO) for use by ships in IMO Arctic waters (hereinafter referred to as ‘Arctic HFO ban’).