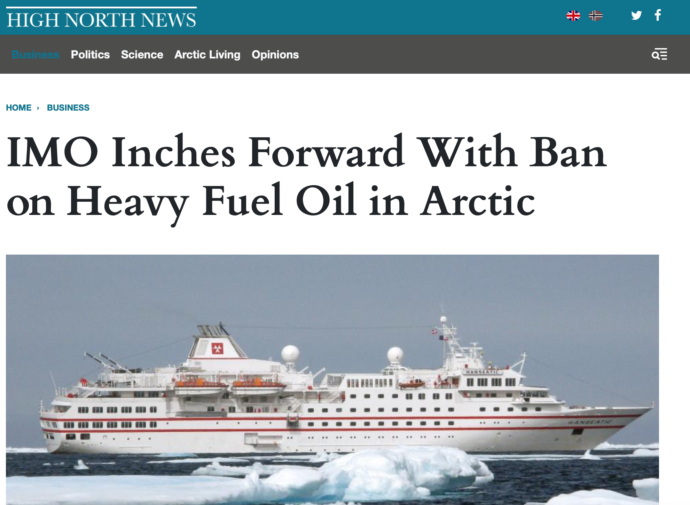 The International Maritime Organization (IMO) continued its efforts to adopt a ban of Heavy Fuel Oil (HFO) in the Arctic by 2021 during a meeting in London. Environmental advocates laud the work, but urge Russia and Canada, the only two Arctic states yet to commit to the ban, to sign on to the initiative.

Due to the rising levels of shipping traffic throughout the Arctic robust measures to reduce the risks stemming from the use and carriage of HFO are becoming increasingly important. “With the countdown to a ban on HFO use and carriage as fuel by Arctic shipping now ticking away, the Clean Arctic Alliance welcomes the progress made this week at PPR 6. Today, we are one-step closer to improving the protection of the Arctic, its people and wildlife,” states Dr Sian Prior, Lead Advisor to the Clean Arctic Alliance, a group of international NGOs working towards the ban.