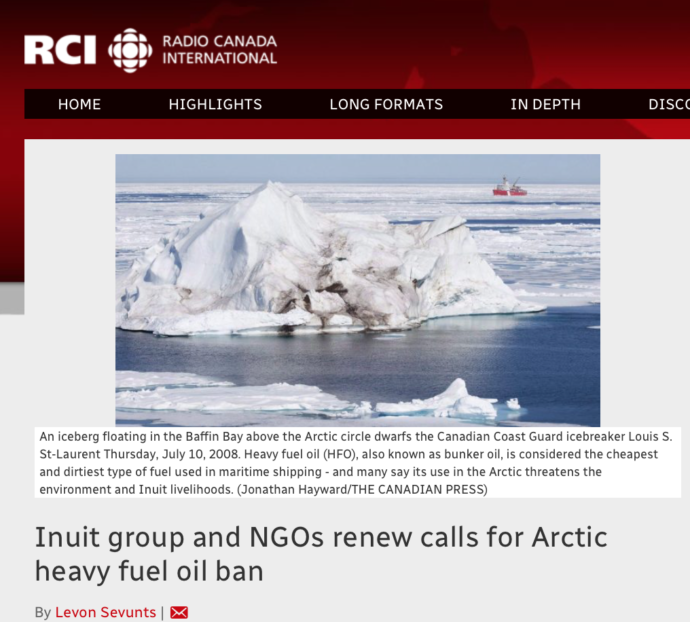 An Inuit organization and a coalition of environmental NGOs renewed Wednesday their call for urgent action to ban ships sailing in the Arctic from using and carrying heavy fuel oil (HFO) to reduce black carbon emissions and risks of a devastating spill in case of an accident.

The call by the Inuit Circumpolar Council Canada and the Clean Arctic Alliance, a coalition of 18 environmental NGOs, came in response to a report issued by the Intergovernmental Panel on Climate Change.

The Special Report  on the Ocean and Cryosphere in a Changing Climate (SROCC) states that increased maritime shipping over the last two decades related to newly opened northern shipping routes and increased tourism will “exacerbate local risks to marine ecosystems and coastal communities if further action to develop and implement regulations does not keep pace.”

“As the IPCC SROCC points out, immediate measures are needed to curb black carbon emissions and prevent risks of spills of heavy fuel oil in the Arctic waters,” said in a statement Lisa Koperqualuk, vice-president of Inuit Circumpolar Council Canada.