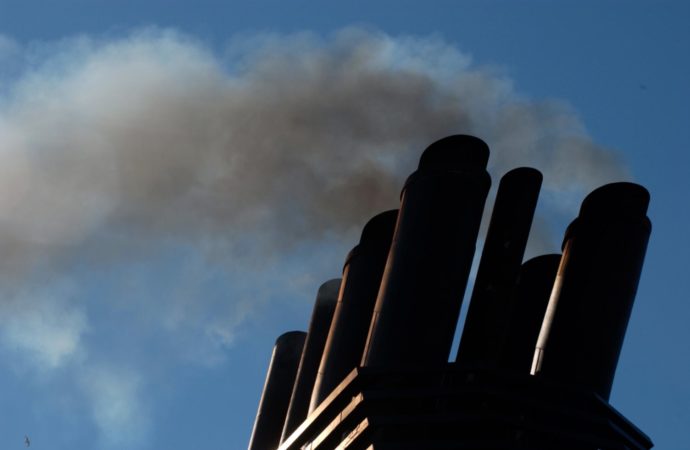 Has the Shipping Industry and IMO Simply Given Up on Climate Action?

In a serious blow to the Arctic and the fight to stop global heating, the UN’s International Maritime Organisation (IMO), responsible for regulating international shipping, has firmly rejected the pleas of all of those crying out for ambitious climate action.

Shipping is responsible for around 3% – and growing – of all greenhouse gas emissions. If it were a country, the global shipping industry would be the sixth largest polluter, yet there are no regulations in place to ensure the industry plays a proper role in tackling the climate crisis.

During the June 10-17 meeting, of the IMO’s Marine Environment Protection Committee (MEPC 76), the IMO reached agreement on an “urgent” short-term measure to reduce shipping’s carbon intensity, that contains no enforcement mechanism and features a level of ambition deliberately calibrated to be the same as business-as-usual.

With an appalling lack of ambition, IMO member states agreed on a 1.5% rate of improvement in carbon intensity, the same as was already occurring in the absence of regulation. With increases in shipping activity, ship emissions have the green light to continue growing, perhaps by as much as 16% by 2030. None of this comes close to the 7% annual improvement needed to keep to the Paris Agreement’s 1.5C temperature goal.

The IMO meeting also considered two proposals for measures that would put a price on the carbon emitted by ships. The first, from industry, priced at 70 cents (yes cents, not dollars) per tonne of CO2 emitted with funds going to ‘research and development’, while the other, from Pacific small island states proposed a carbon price of $100 per tonne of CO2 emitted.

An industry levy of 70 cents per tonne will have no effect whatsoever on emissions, and the problem is not a lack of R&D – which is already taking place – but the urgent need to roll-out new technologies. This industry proposal looks more like a smokescreen for further inaction than a genuine contribution to climate action, and seems designed to take up valuable IMO time that might otherwise be spent discussing and agreeing on real climate action. It should have been chucked out immediately, but was instead allowed to go forward for further discussion at MEPC 77 in November, which overlaps with COP26. While the proposal for a $100 per tonne fuel levy also gets to live another day, its future is uncertain due to extensive opposition from industry and many states.

Finally, and perhaps most worrying for the Arctic, the meeting failed, after ten-plus years of deliberation, to act on ship-source black carbon emissions. The Arctic is warming three times faster than the rest of the world; emissions of black carbon from the burning of dirty ship fuel is contributing to the acceleration of this warming and the consequent melt of multi-year Arctic sea ice. Yet the IMO couldn’t find time to consider a pre-prepared resolution asking states and ships to voluntarily switch to cleaner fuels in the Arctic, while a regulatory measure is in preparation.

Any one of the above developments would be a serious setback; taken together they suggest a crisis at the IMO.

The UN Secretary General, António Guterres, recently observed that we are “coming to the point of no return” on climate action, and that “when you’re on the verge of the abyss, you need to make sure your next step is in the right direction.” Determined to do the wrong thing, the IMO and the shipping industry appear perfectly happy to leap together into the abyss.

And what lessons can we learn from all this? The IMO clearly cannot be trusted to take appropriate and necessary action on climate change. With every IMO failure the argument for national and regional rules to curb shipping’s climate impacts grows stronger. Up to this year, the EU was leading, but with the US now talking about 100% decarbonisation of shipping by 2050, the possibilities for action at a regional level are greatly increased.

Time is running out for the IMO to take climate action. While waiting for it to come to its senses, ambitious states should put aside any squeamishness about national and regional action that targets foreign ships and start designing measures that can be applied to all ships visiting their ports. There is no legal obstacle to requiring ships that visit a country’s ports to reduce their climate emissions, and if the US and EU worked together, then a large part of all ship movements could be covered. Requiring all ships visiting their ports to follow national or regional measures that respect the Paris Agreement’s temperature goals would be a strong riposte to the scandalous lack of action at IMO last week.