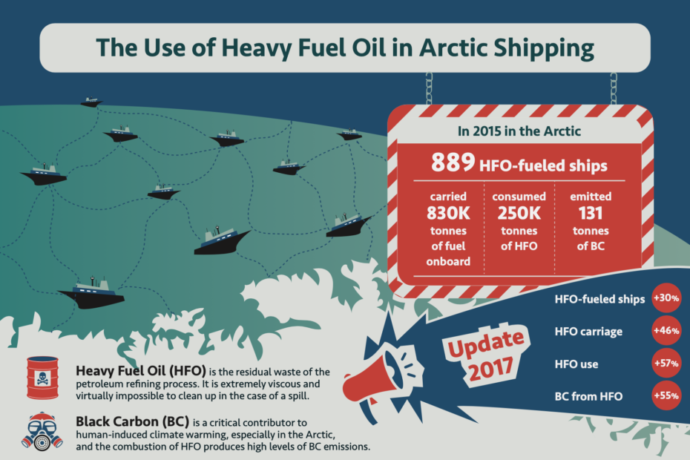 This infographic details how many ship operating in the Arctic use heavy fuel oil (HFO) – the residual waste of the petroleum refining process. It is extremely viscous and virtually impossible to clean up in the case of a spill. It also looks at Black Carbon, a critical contributor to human-induced climate warming, especially in the Arctic. The combustion of heavy fuel oil produces high levels of Black Carbon. 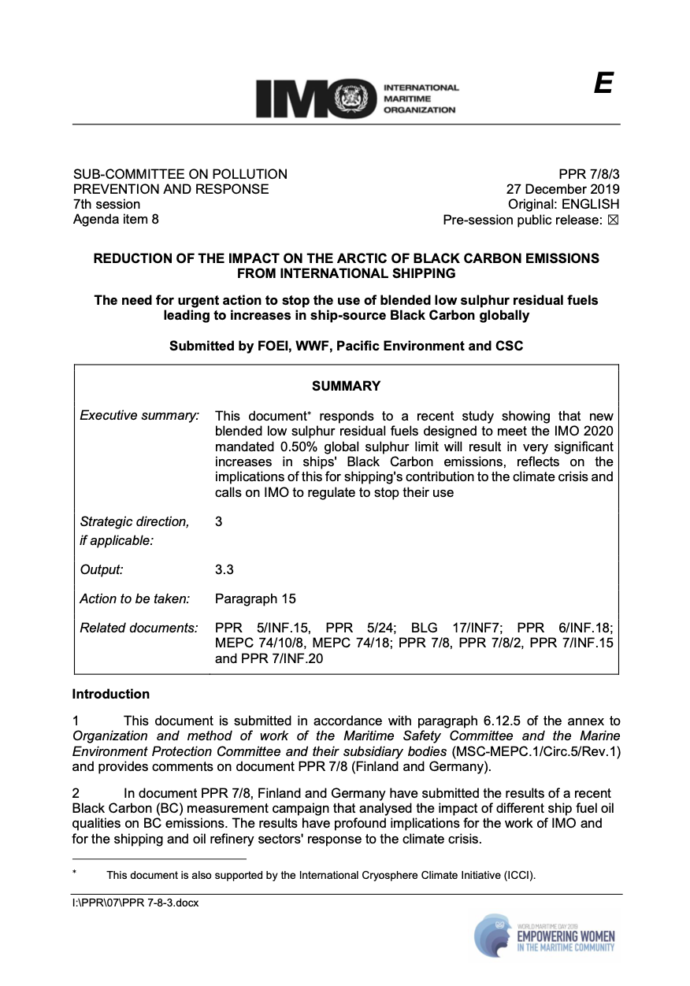 This document responds to a recent study showing that new blended low sulphur residual fuels designed to meet the IMO 2020 mandated 0.50% global sulphur limit will result in very significant increases in ships’ Black Carbon emissions, reflects on the implications of this for shipping’s contribution to the climate crisis and calls on IMO to regulate to stop their use 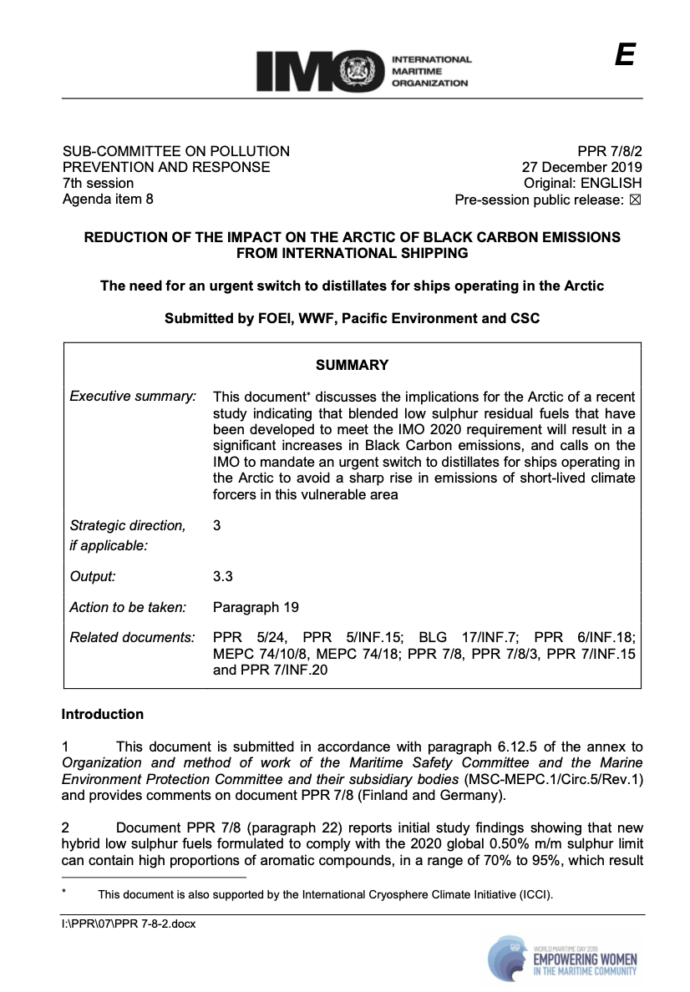 This document discusses the implications for the Arctic of a recent study indicating that blended low sulphur residual fuels that have been developed to meet the IMO 2020 requirement will result in a significant increases in Black Carbon emissions, and calls on the IMO to mandate an urgent switch to distillates for ships operating in the Arctic to avoid a sharp rise in emissions of short-lived climate forcers in this vulnerable area

During its two-year Chairmanship of the Arctic Council, Iceland will focus on sustainable development in the Arctic, with a special emphasis on the Arctic marine environment, climate and green energy solutions, people in the Arctic, and strengthening the Arctic Council. These comprehensive themes provide Iceland with the opportunity to demonstrate global leadership with respect to a region of the world that is in serious trouble. 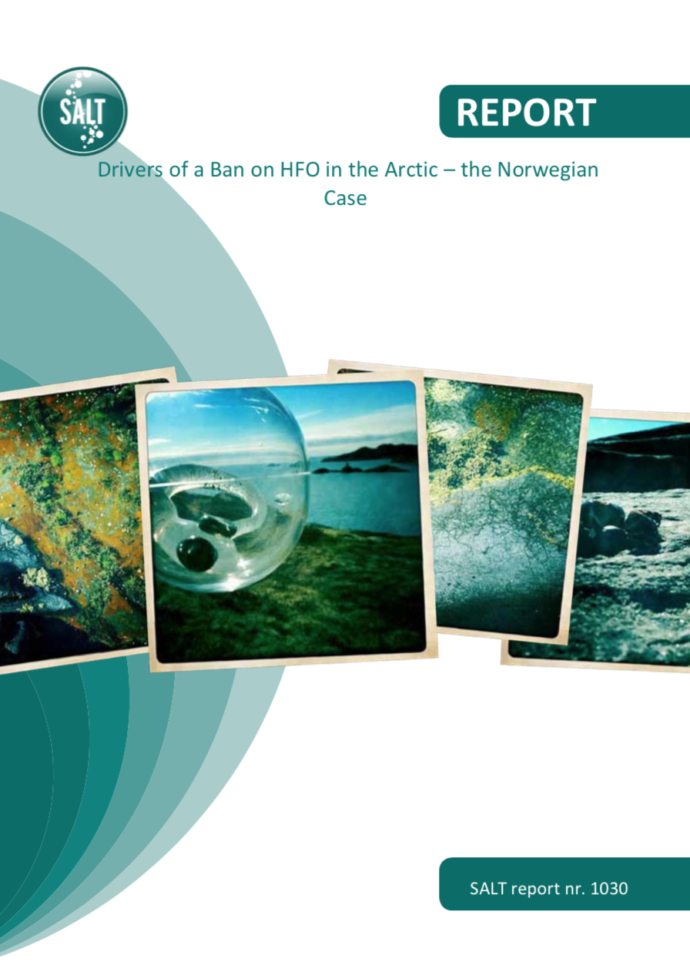 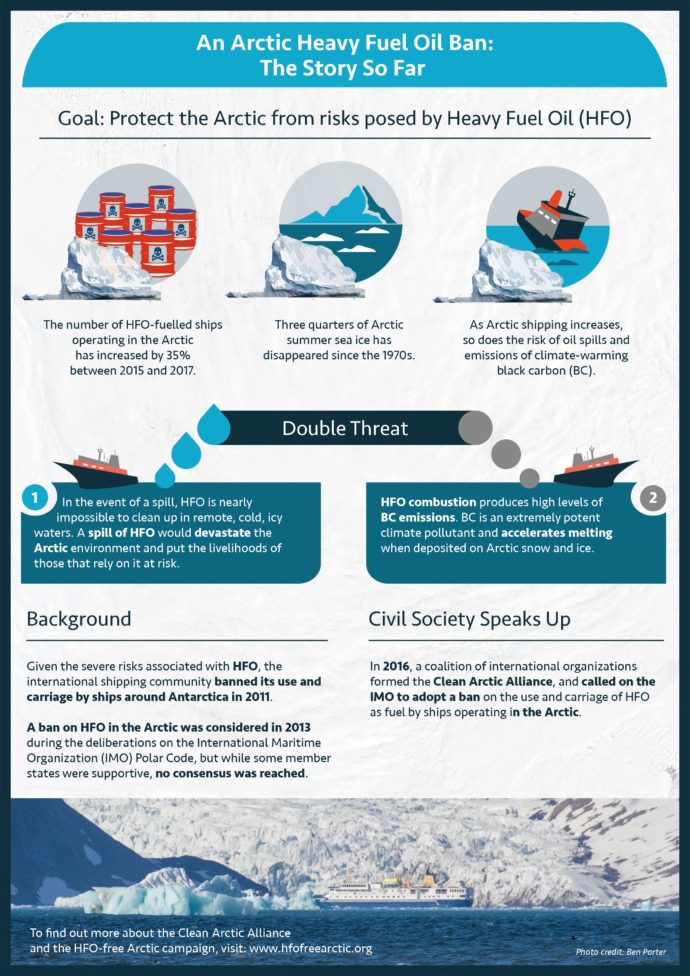 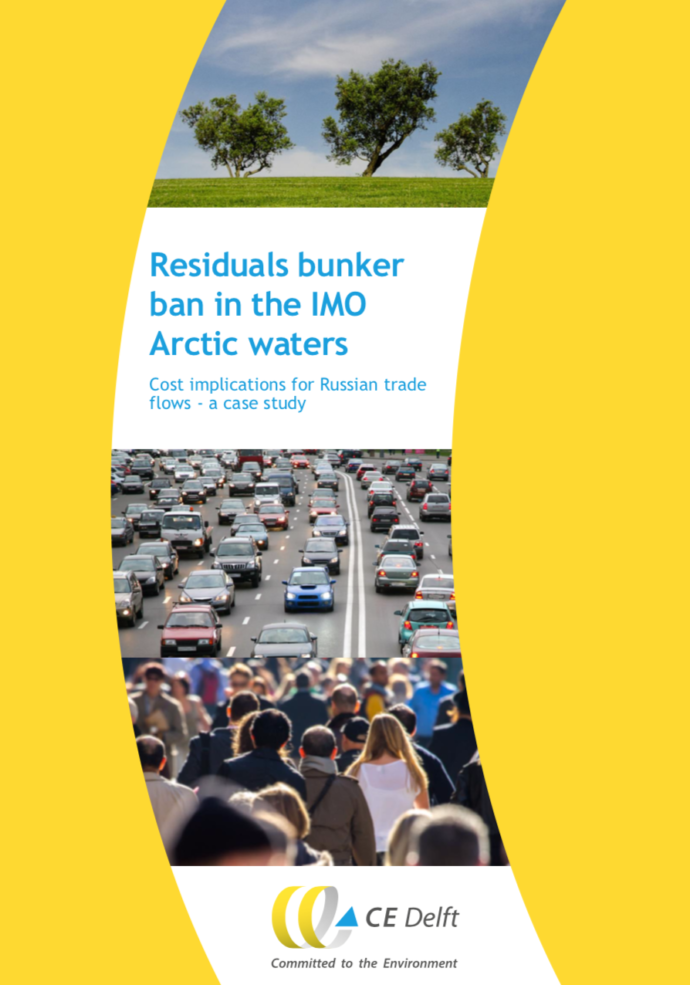 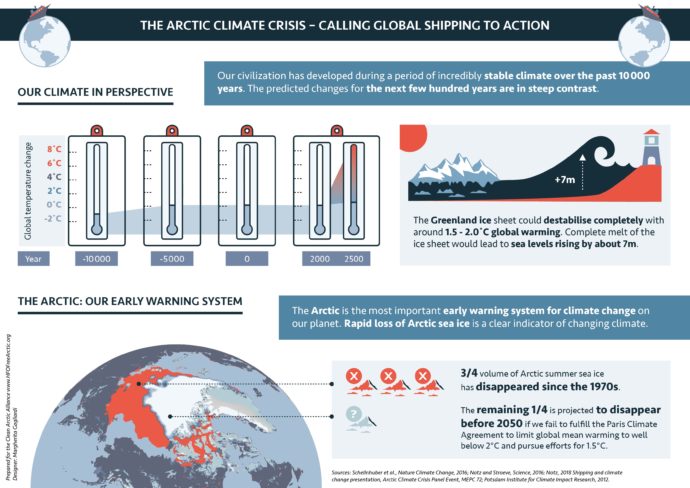 The Clean Arctic Alliance is calling on the global shipping industry to adopt a ban on HFO use and carriage as fuel by ships in the Arctic as a first urgent and indispensable step towards reducing warming and stopping the loss of Arctic sea ice. 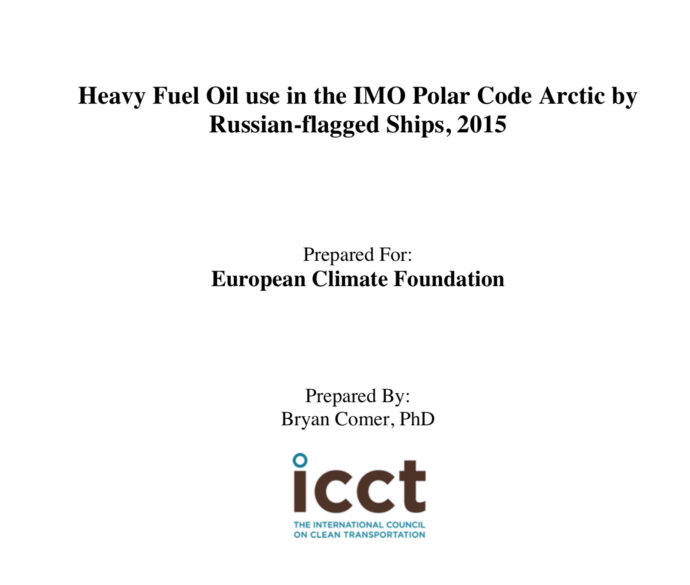 Russia has the longest Arctic coastline and has invested heavily in Arctic ports and infrastructure, so it will come as no surprise that most of the ships operating in the Arctic are Russian-flagged and that these ships use and carry large amounts of fuel, including HFO