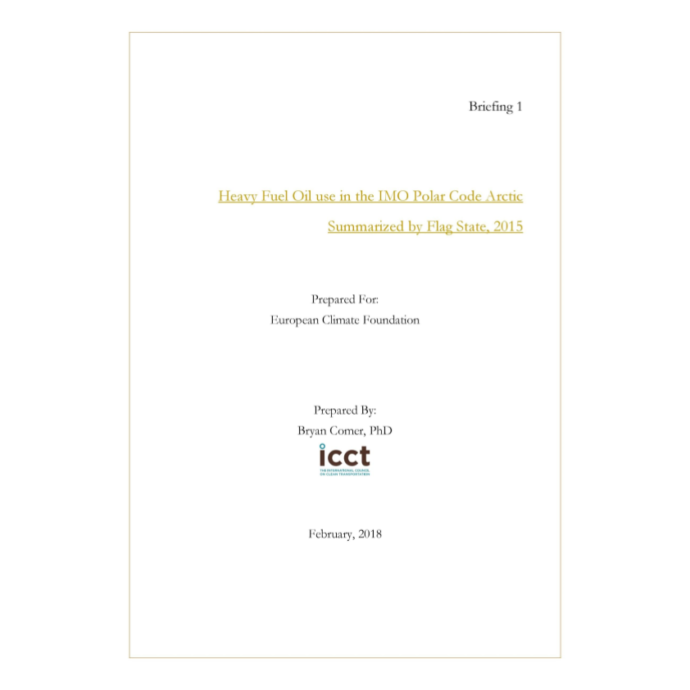 The use of heavy fuel oil (HFO) as a marine fuel poses serious environmental and economic risks, especially in ecologically sensitive areas like the Arctic. Using HFO is risky not only because of potential fuel oil spills, but also because burning it produces harmful air and climate pollutants, including black carbon (BC). As ship traffic increases in the Arctic, the risk to the Arctic environment and its peoples will also increase.
These briefings look at HFO use by flag state, ship type, ship owner, cruise ships, fishing vessels in the IMO Polar Code Arctic, 2015.