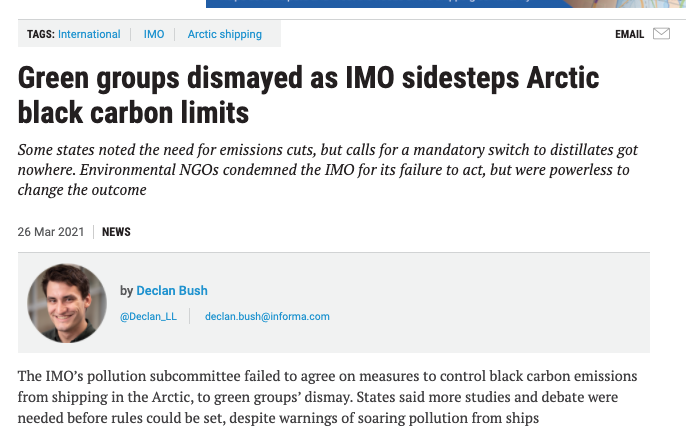 The IMO’s pollution subcommittee failed to agree on measures to control black carbon emissions from shipping in the Arctic, to green groups’ dismay. States said more studies and debate were needed before rules could be set, despite warnings of soaring pollution from ships.

I’m nearly speechless,” the WWF’s representative told the chamber. “It is absolutely mind-boggling that the IMO again is delaying a decision that would overnight reduce black carbon emissions from shipping in the Arctic. (WWF is a Clean Arctic Alliance member)

“Every delay of action means faster warming of the Arctic and imperils Indigenous and local communities.”